Articles should be original and in English, between 2000–3500 words and should include a 100-120 word abstract as well as the full title and affiliation of the author. Abstracts should provide a summary of the main points of the article – its subject matter and contributions to the discussion of that subject, engage readers’ attention, and lead them to click to read the full article.

Please check with the editor if you wish to extend beyond the suggested length or would like to submit a shorter contribution. All notes should appear as footnotes and provide full citations. References should include the full name of the author, title of the work and publication date.

Papers must be in English – we strongly recommend non-native speakers get their articles edited by a native English speaker before submitting to TPQ – this will increase the likelihood of publication in TPQ.

In an effort to promote diversity and give voice to a wide range of contributors, repeat authors can contribute only after two full years (8 issues) have passed since the last time they contributed.

Authors are responsible for ensuring that their manuscripts conform to the journal style.

Please limit repetition in the article. Please do not repeat the points in the article again in a conclusion section. We prefer academically sound articles however not academic style writing. Lively policy oriented language and style are favored.

1st page: Should include:

Example:  John Smith* [then below the footnote *]

Please do not start your article with a subheading such as Introduction.

Spelling: American spelling and punctuation should be used throughout.

Figures and Tables: All diagrams, charts and graphs should be referred to as figures and consecutively numbered. Tables should be kept to a minimum and contain only essential data. Color-based charts cannot be included as the pages are black-and-white. All Figures should be sent as separate documents in .tif or .jpeg format (photoshop program). Please note where in the text each figure should be inserted as:

Lists: use bullet points (not scores)

Foreign words: put them in italic; for foreign language titles in the text or in the footnotes follow the rules in the FOOTNOTES section of this sheet.

Please do not italicize the following words since they are widely considered standard English: status quo, coup, naïve, vis-à-vis,

Political Leaders and figures: Please provide the figure/political leader’s full name and position for the first reference in the piece. You can then proceed to refer to him/her by their last name.

When independent clauses are used, hyphens should be attached to the clause as displayed in the following example:

When accessory sentences are added, or the added section is dependent on the main sentence, hyphens should separate the sentence from the clause in the following fashion:

Russia represents a challenge for the EU – namely in terms of security.

Acronyms (caps) in text: Spell out in full the first time any acronym is used and state the acronym in parenthesis. Use “the” in front of political party acronyms, such as “the AKP.”

Numerals: one to nine to be spelled out; 10, 11 and above in figures. (Note: When inserting financial figures above hundred thousands; use “2 million dollars”, however according to sense use “a 2 million dollar project”). Also 20th century. And when starting the sentence with a number in a numbered list, spell out the number, such as:

Percentages should be written as “percent” in the text, and as % in footnotes and in tables.

Months: do not abbreviate months.

Fractions (two-thirds and so on) should be hyphenated.

(&) Ampersand should not be used instead of and (for example, between authors’ names) except in the names of specific firms (especially in references to publishers, for example, Routledge & Kegan Paul).

Capital letters: minimal use of capitals for titles and unique institutions, government, state; but the West, Western thought; for geographical areas Western Europe, the North; the Left but left-wing politics.

Example: As Obama says: “Roosevelt used to say ‘one man one word.’”

Square brackets should be used for any matter inserted in quotations.

Quoted matter of 60 words and more should be indented, without using quotation marks.

For periods, commas etc. after a quote write the period, comma etc. within the quotation marks:

However if quotes are used to signify a certain expression, periods, commas etc. should be written outside the quotation marks:

Obama talks about the “right path”, a term that he uses quite often in his speeches.

For book or film titles, newspaper/magazine names as well as TV shows, the title should not be put in quotations but instead written in italic: The book A Peace to End all Peace is an excellent work.

We do not include References or End Notes sections.

Footnotes should be numbered consecutively throughout the article, using a raised numeral in the text, to correspond to a list of notes placed at the bottom of the page.

The only footnote which doesn’t have a number is in the first page, is indicated by a * and refers to the author.

A full stop is needed at the end of a footnote, but NOT in the footnotes ending with a link of a website.

Foreign titles in the footnotes should be either:

In either case the translation should be put in square brackets right after the original title.

Articles in a review or journal: note the sequence of volume, number, date of publication and page reference.

Subsequent references should appear as: Smith (Year), p. #. If the article has more than three authors, use “Smith et al.”

Remember to check the correct working of the link!

Speeches: Samuel Huntington, “Culture, Power, and War: What Roles for Turkey in the New Global Politics,” speech given on 24 May 2005, Istanbul.

If the note is referring to an unpublished work, conversation, and/or conference, provide (if available) information regarding the full name, session number and included parties.

The Premium Corporate Sponsor of TPQ

FROM THE DESK OF THE EDITOR 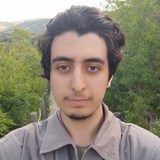 Israel, formally known as "The State of Israel," was established on 14 May 1948, and has since played a pivotal role in international affairs, particularly in the politics of the Middle East and North Africa. Israel's relations with its Arab neighbors have been tense for decades, and a lasting peace has never appeared more likely. Yet, we already live in a time of perpetual change,...
Read More...
STAY CONNECTED
SIGN UP FOR NEWSLETTER
TWEETS
Tweets by TurkishPolicy
FACEBOOK
OPINION 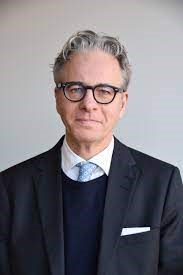 TPQ Conducted an Interview with Mr. Jakob Hallgren, the Director of the Swedish Institute of International Affairs

Technology Cooperation in An Era of Multipolarity The Israeli – Lebanese Agreement: The Day After 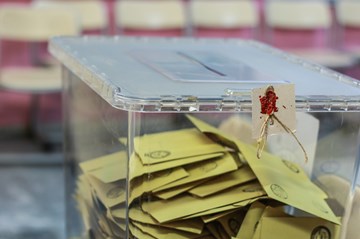 Zafer Partisi, Refugees, and the Upcoming Elections in Turkey
PARTNERS